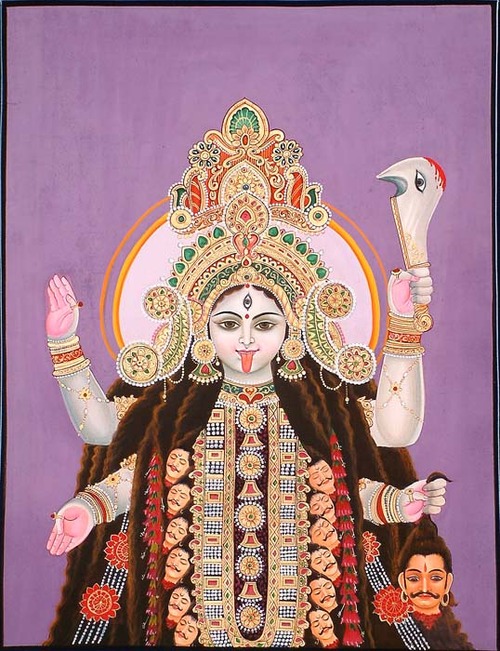 O May Brahm guard both of us and look after both of us. We both should realise our potentials. Our study should be great and we should not feel jealous towards each other.
~Om Shantih Shantih Shantih~

Once Muni Sankriti went to the realm of Aditya. There he bowed down to the Sun and praised him with Chakshumati Vidya. Thus he saluted the Sun god who is the producer of eyes. He saluted Lord Sun who moves in the outer space, he saluted the Lord Sun who is tam swaroop. ‘O lord, please lead me from untruth to truth, from darkness to light and from death to immortality. Lord Sun is pure and is without any equal. We remember that Lord Sun who takes up every form, embellished with Sun rays, is Jaatveda, effulgent like gold, who is the form of a jyoti, who is hot. That thousand rayed Sun who is present in hundreds of forms is rising in front of us. We bow down to the son of Aditi who is the light behind our eyes. We offer our everything to the Sun who bears the load of this whole world.’ After being praised with this Chakshumati Vidya Lord Sun was extremely pleased and said, ‘The Brahmin whosoever treads the path of this Vidya daily will never face any trouble with his eyes and neither anyone in his family will become blind. If it is given to eight Brahmins it becomes Sidh. One who knows it like this becomes great.’

Sankriti Muni requested Lord Sun to teach him Brahm Vidya. Lord Sun replied, O Sankriti, ‘I shall expound knowledge of a very special element before you by which knowing alone one becomes Jivanmukta. Seeing all the jeevas as one and at peace, Anant, Avyaya, Dhruv and Chaitanya remain peaceful and happy. Apart from Atma and Paramatma there is no other thing. This state is called Yog. Hence perform only such karmas. One who dwells in Yog that mind day by day is weaned away from desires of the world. He does not agree to the opposite karmas of ignorant people. Listening to any ones secret talk he does not tell that to anyone. He always performs the best deeds.
The one who performs peaceful tasks only, by which one does not feel agitated, he is always afraid of sins, he is never expecting any fruit, always talks with love, always keeps the company of good people by karma as well as speech and always reads shastras (scriptures) and keeps himself busy in all the above is called Bhoomikavaan.

The following are the signs of the second state of Vichar Bhoomika:

One seeks the refuge of great scholars who correctly explain Shrutis, Smaritis, Sadachar, Dharana and Dhyan. He becomes adept in discriminating between right and wrong actions after listening to correct scriptures, also he knows the right division between pad and padarth. Excess ego, worldly intoxication or attachment is not in him but outwardly it seems to be present there to some extent. As a snake sheds its skin in the same way he sheds all the outward appearance of doshas in himself. Such a Sadhak by the grace of guru and scriptures is able to know the right things.

After this he enters the third state of yoga which is called Asansarga (non-attachment). Whatever is expounded by the shastras he puts his mind totally into it and lives in the ashrams of great Rishis participating in discussions on shastras, he lies on a stone bed and thus he spends this time of his life. After attaining peace of Chit (mind) such a person moves about in jungles to spend his time receiving whatever is offered without any attachment to it. With pious deeds, practice of scriptures, his insight of discrimination sharpens. After achieving this state he becomes enlightened.

Asansarg is also of two types: General1 and Special2. There is no doer, no experiences, no controller etc, this kind of non attachment to subjects is called General Asansarg. Whatever is received in this life is because of the fruit of our past life hence one should not be attached to any pleasure or pain in it. Expansion of bhogas (Pleasures) is a great disease and all kinds of vanity is the home of great problems. All the meetings will one day end into estrangements. Mental anguishes are diseases for the ignorant. All things are mortal as time will eat them up. After listening to scriptures ones faith in worldly things is removed, and their desire is uprooted from the mind itself. This is called general Asansarg. I am not the doer but my past life deeds are the doer or the Lord is the doer, one who removes such kind of thoughts enters into peace and speechlessness. This state is called Special Asansarg.

The first state which seems sweet with Santosh and Anand appears as if a new seed sprouts in the Earth. On appearance of this state, our Antahkaran becomes a fit space for higher states to ascend. After this, the Sadhak achieves the second and third states respectively. Out of various states the third is the best one. As on advent of this state all the Vritis are banished. One who achieves three states his ignorance is removed and he sees everything in the same light. He is established in oneness so much that duality is removed on its own. For such a Sadhak who achieves the forth state the world appears like a dream. The first three states are called waking states while the fourth state is called the dream state.

On achieving of the fifth state, as clouds are removed during the Winter season in the same way the chit of the Sadhak gets removed. Whatever is left is only truth. On achieving such a state worldly desires do not take place at all. He enters oneness and all his duality is removed. When this duality is removed he enters the Sushupti pad of the fifth state which is Self Realization. This state then takes up the Sadhak. While discharging his outside duties still he remains drawn inward. He is always seen as a tired person who is somewhat sleeping. When this state is fully realized he enters into the sixth state where truth, untruth, ego, nonego and mental thoughts etc. all have vanished and only pure non-duality prevails and he is without any fear. The knots of his heart are opened and all doubts are removed. He enters into a state of Bhavshunya. Without achieving Nirvana, he enters into a Nirvana like state and becomes Jivanmukta (a Liberated Being). His state becomes like a non flickering deepak (lamp).
After sixth, he enters into seventh state which is called Videh. It is an extremely peaceful state and is beyond words. This is the last state state and all the yogic realms end here. Here one is freed from social, bodily and scriptural obligations also. In the form Vishva, Pragya and Tejas, this whole world is Omkaar. Here there is no difference between talker and listener. Even if it is there it is incomprehensible. First Matra of Omkaar, A-kaar is Vishva, U-kaar is Tejas while M-kaar is Pragy. Before Samadhi one should dwell on its meaning and keep moving from gross to subtle and subtler and thus let it merge into Chidatma. Seeing Chidatma as one’s own form, one should develop a strong Bhav that one is eternal, pure, realized, free, one, Param Anandmaya Vasudev and of the form of Pran itself. All the creation around is nothing but pain, thus letting go of everything one should realize the essence of everything and be joyous, Vishudh (pure), beyond doubt and ignorance, beyond speech, Brahm itself. This is the secret of this Upnishad.