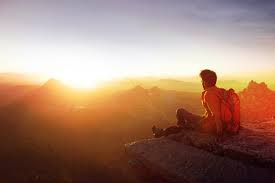 For Sidhi of Yoga, Kshurika (knife) is being explained here, with the help of which one who gets Mukti through yoga will have no further births again. One should sit in a surrounding which is free of all kinds of noises and as a tortoise contracts itself into its shell, in the same way a practitioner of yoga should contract his mind into his heart. After this, slowly-slowly one should fill up his whole body with Poorak Pranayam of twelve Matra which has been explained in essence in the vedas. One should keep ones chest, neck and head somewhat upwards and then one should establish the Prana working with the nasals in ones heart. Thus performing Kumbhak there, one should slowly slowly release the breath by perform Rechak.

After properly becoming established in it, with great awareness one should perform two pranayams in the space between the big toes and calf muscles, two two pranayams in both the lions, three three pranayams in both the thighs, urinary organ and anus respectively. After it one should establish concentration in the navel. Here there is a Nadi by the name of Sushumana which is wrapped around various other Nadis having different colours like yellow, red, black and copper running through it. But one should seek the one which is most subtle, thin and white in colour. The Yogi should run his Prana in that Nadi. After this the heart form of Purush which is the Atma gets established in the form of a red lotus, which has been called Dahar Pundrik in the vedas.

After piercing it, the Pran rises into the neck region. Hence a yogi with the help of his extremely sharp and shining mind and his intellect should practise to cut asunder the name and form located on the middle of one feet. After this he should cut away the point located in the lions and known by the name of Indra Vajra with the help of the power of yoga and Dharana (concentration,intense focusing).

Then after establishing the Pran in the middle of both hips one should take it to various marm locations. Repeating four four pranayams there one should cut away those marm places and then he should reach his neck region and collect all the Nadis there. Out of them one hundred and one are known to be the best Nadis.

Sushumana is Partattva, Virja is Brahm, on the left is Ida while on the right is Pingla. One who knows what lies in between them is the Knower of All Vedas. In total there are 72,000 subtle Nadis which are called Taitil. With the help of Dhyan Yoga, all of them are pierced except Sushumana. A courageous person, in this very life, with the help of the sharp knife of the mind which shines like fire and is pure (because of the support of Atma) cuts all the nadis which then become fragrant like black sesame seeds are among various flowers. With such pious thoughts one should dwell in the Sushumana. With this one leaves the cycle of birth and death to achieve Brahm.

One should dwell and practise Yoga alone in that subtle Nadi which has won over Chit and is a space of complete silence and realise complete Oneness. As a swan leaves back everything and flies off alone into the sky, the same way one should soar high, cutting away the snares of this world and be free. As when a Deepak (oil lamp) dies down with the finishing of oil in it, in the same way one should merge into Brahm after burning everything into ashes in the world. The Omkaar edge of the knife of mind which has been sharpened with the help of Pranayam, after rubbing it on the rock of detachment, one should cut away the string of attachment to this world. Such yogis are then never again bound at the door of the world. When one gets free of all the attachments and desires then he establishes himself in Amrit Tattva (the element of Nectarous Immortality). After cutting free of the world like this he is not held in any kind of snare.

Thus is the Secret of this Kshurikopnishat.