Shankar Swami of Uttarkashi and Gyanganj 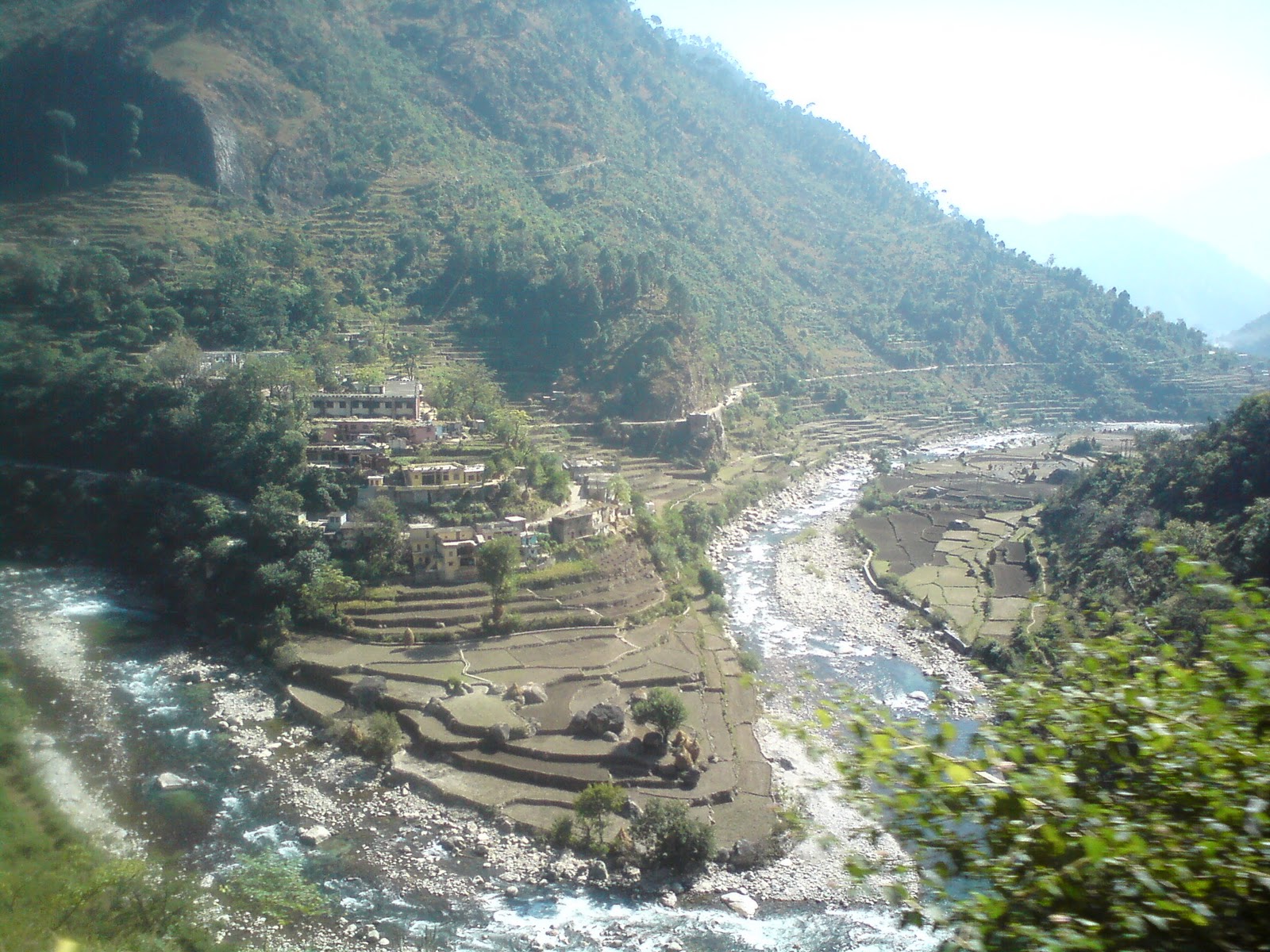 Shankar Swami lived atop a mountain in Uttarkash which was very difficult to reach. His partner, Yuyutsu Lama was 500 years old who took Samadhi only last year. Shankar Swami is a yogi of Tavang Math of Arunanchal Pradesh. He met earlier acquainted Yuyutsu lama on the Harishchander ghats of Varanasi. Lama has changed his body three times by parkaya parvesh. This was his fourth body. Here only Shankar Swami met Vishudhanand jis disciple Divyasana Swami. To meet Tibetan Yogi lama was a divine stroke.

After meeting Yuyutsu Lama all sat silent. Lama said that when Swami Divyasana said that he will accompany them to Gyanganj, then what could I say. It seemed very unnatural. Ordinary people can not go there. That is another world. I came only yesterday from the Shangrila valley. Tomorrow I will be going back. If you want to know anything, may ask?

Sahankar Swami ji said we (Divyasan and Swami) often discuss about Gyanganj. You (Lama) are a person with divine powers and just by his darshan one is blessed. On hearing this Yuyutsu Lama said that he has gone to Gyanganj many times and main mahatamaji of the math is very well known to him. This math is not every one. Without accumulation of the good deeds of previous births, one can not go there. It is seen as well as unseen. Yogis of 200-500 years old live there. They are in hundreds. Apart from them about 200 yogis with subtle body live there too. When their grace will dawn only then one can have their darshan. Mahavatar Baba also some time visit there. If you people can go there then, what higher grace can a human being enjoy? This is a highly spiritual world. It is located inside Shangrila valley only. It is a very difficult path.

Shankar Swami had told earlier that this body of Lama is 150 years old. When they went to Rangoon and Sri Lanaka then old Bhikshus’ who came there told him that. Today also he is going to sit with Lamas who have come from abroad after 2 ‘o’ clock. By appearance the lama looks only 40 years old. After three years leaving this present body he will disappear. Then it will not possible to have his darshan. At that moment Lama Yuyutsu told Shankar Swami, ‘I have recogonised your soul. 450 years earlier you were the king of the Kaling’. After saying this he gave all the old history of 450 years earlier. To write all that here, we will be diverting from the present subject. After that Yuyutsu Lama said,’ ok, Go to Gyan ganj from where Tibet border is 19 kms. Realize the purpose of your life, move around there, have darshan of the mahaguru and have taste of Samadhi. If you want to go to my math/ashram, everything will be arranged. You can stay there for two month learning yog there. No money is needed there. Visit various nearby located ashrams too. I will arrange everything. There are number of old scriptures there. I will give you peole a beej mantra. If you want to go to Tibet, take bath before sunrise, wear fresh clothes. Closing all the doors and windows of the room, sit on your asan in padmasan and do jap of this mantra for 1001. Do not get up in between. During jap ask what you want to know, you will get the answer whether I am there or not.’

“Shangrila Valley starts from the borders of Tibet and Arunanchal Pradesh. This valley lies in the fourth dimension and is inaccessible to humans. Many people say that its connected with another realm located in the Ether. This vllley has 11 math/ashrams in it. Here effect time is almost negligible. Here there is no air or earth. Here there are three main Math/ashrams, namely Gyan ganj, Sidh Vigyan and Yog Sidhashram. In these ashrams, hundred of sadhaks stay. All of them can travel by air. Some of them with their own power can make a great palace appear in a muhurt(48 minutes). They can make mountains light like cotton. The ashram where I stay, there is a scripture by the name of Kaalvigyan in Tibetan language. On reading it one understands that if one can decode it then time will not be any barrier at all. This Shangrila valley is an ancient valley which can not be described.

At that time I also remembered that while arranging books at the house of Kaviraj ji his libraby incharge Pandit Shri Krishna Pant ji gave me a book to read on Kaviraj ji’s instructions. It was titled ‘The last Horizon’, written by James Hilton. He has explained many valleys of Tibet, where there are no old persons. He explained Shangrila valley too but he did not provide any clear road map to reach there. After reading his book, many researchers from near and far reached there but could not find anything.

As per Yuyutsu Lama, China’s aggression in 1962 was also to get hold of this valley which local people know very well. Even today the Chinese transgress in to Indian air space flying looking for that very valley. This way Shankar Swami with the grace of Yuyutsu Lama went to Gyan ganj. This journey details has been printed in the Bengali book titled ‘Tibeter Rahasymaya Yog and Tantra’, part III. I am not explaining that here as it is copy righted. Sadhaks can read details in that book. (This book is also being printed in Hindi).

Shankar Swamis life is very mysterious. I do talk with him on mobile phone. After trying for ten days one is able to connect once. One month before I had sent Devraj Dwivedi of London to him after his approval. Last year also with great difficulty, he went to Uttarkashi on that mountain but Swami ji had left for somewhere else just the previous day. Most of his journeys are not pre meditated. All of a sudden his dwelling is found empty. People believe he travels by air. He considers name and fame as of no value. Devraj ji had his blessing and got mantra teachings from him. By getting his closeness he became completely satiated.